Bad weather reports scared off everybody else at the shelter, except for me apparently. Was still trying to decide if that was a good thing or a bad thing when I walked across Fontana Dam and started the Smokies. First day turned out alright though, pretty intense elevation changes while trying to get on top of the ridge but managed to get the job done and logged 16 miles.

2nd day was much wetter. Broke in the gaitors and walked a good portion of the day in the rain. Did 13 miles and stayed with most of the same people as the first night.

The 3rd morning I was introduced again to snow. LOTS of snow. Took a while for us to get moving, since all of our boots were frozen stuff. *Side note: if you were wondering, pop-tarts do not seem to have a freezing temperature. So, because you have to stay in a shelter in the Smokies, I had to choose between a 6.5 mile day or a 14 one. 1/2 through the day I realized there was no way 14 was happening in all the snow. Settled in early at Mt. Collins shelter.

Annnd what I thought was a lot of snow turned out to be a laughable amount compared to what came this morning. The other thru hikers I had been shelter-hoping with, all decided to bail out in Gatlinburg, and after taking half the morning to do 4.5 miles, with an average snow depth to my knees, but in some areas, it actually reached my waist….I decided to follow suit. Got out at Newfound Gap, which I found completely deserted and frozen over. I then had to hike 15 miles down the closed icy road, and finally found a hitch for the last 1.5 miles. Got to a cheap hiker hotel and found out they’ve actually closed the AT trail and were pulling people off it. The guy that runs the hotel said that its the first time in the 12 years he’s been here that they’ve closed it. And also that it might not re-open until Friday!?

Soooo, looks like I’m hanging in Gatlinburg for now… 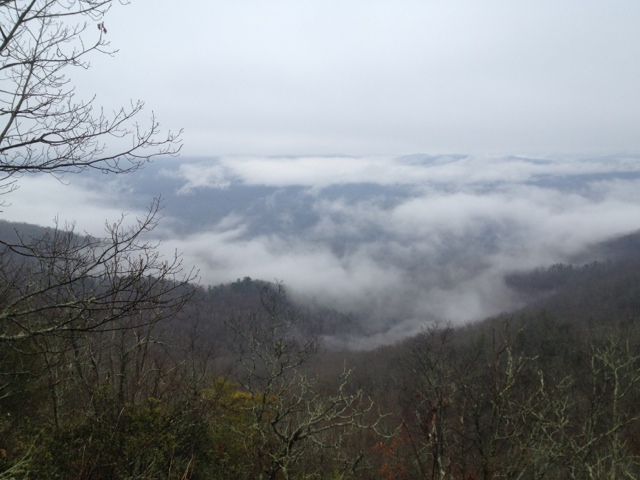 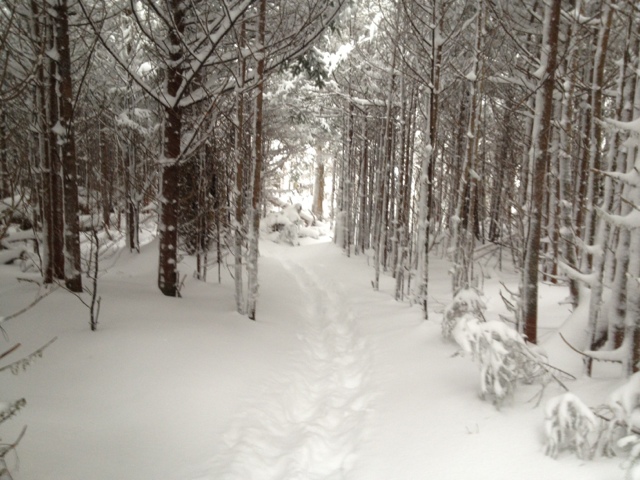